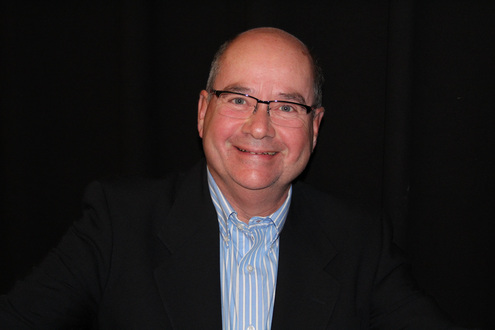 Ron is a locally grown musician hailing from Hanover, ON who started his musical journey on piano.  Late in elementary school, Ron was introduced to the trombone and performed with the Hanover Musical Society Band.  Upon entering John Diefenbaker Secondary School, he performed in the many school bands under the direction of Fred Parsons which further developed his interest in trombone.  (Notably, Ron and Fred continue to perform together in Noodle and the Jailhouse Rock Band)

Ron completed his post-secondary education at the University of Western Ontario in Music Education performing with the school orchestra and many local jazz/rock groups.  During his time at Western, Ron’s teacher, Jay Castello, suggested a switch to bass trombone and the rest was history.  After completing his teaching degree programs, Ron spent the next twenty years as the music teacher at Walkerton District Secondary.  Ron conducted many bands while at Walkerton and completed many band exchanges with ensembles in Vancouver BC, Bournemouth England, Stirling Scotland, Zevenaar Holland, Brussels Belgium and Hamburg Germany.  His last ten years in education were spent as a secondary school administrator ending his career as Principal at Saugeen District Secondary School in Port Elgin.  Ron currently is enjoying his recent retirement, practicing trombone and drums, and spending time with his wife, Penny, and their three daughters.

Over the past thirty plus years, Ron has performed with many local groups including Stardust Big Band, Jailhouse Rock Band, and served as guest conductor/clinician with many high school groups and music camps.  Ron also co-conducts the Port Elgin Community Band with his good friends and musician colleagues, Cam Porter and Ian Burbidge.  Ron continues to have a keen interest in music education and loves the opportunity to perform with such a talented group of musicians and friends in Noodle Factory Jazz Project.